The Berners, Chapter 2: The Four-Legged Ones 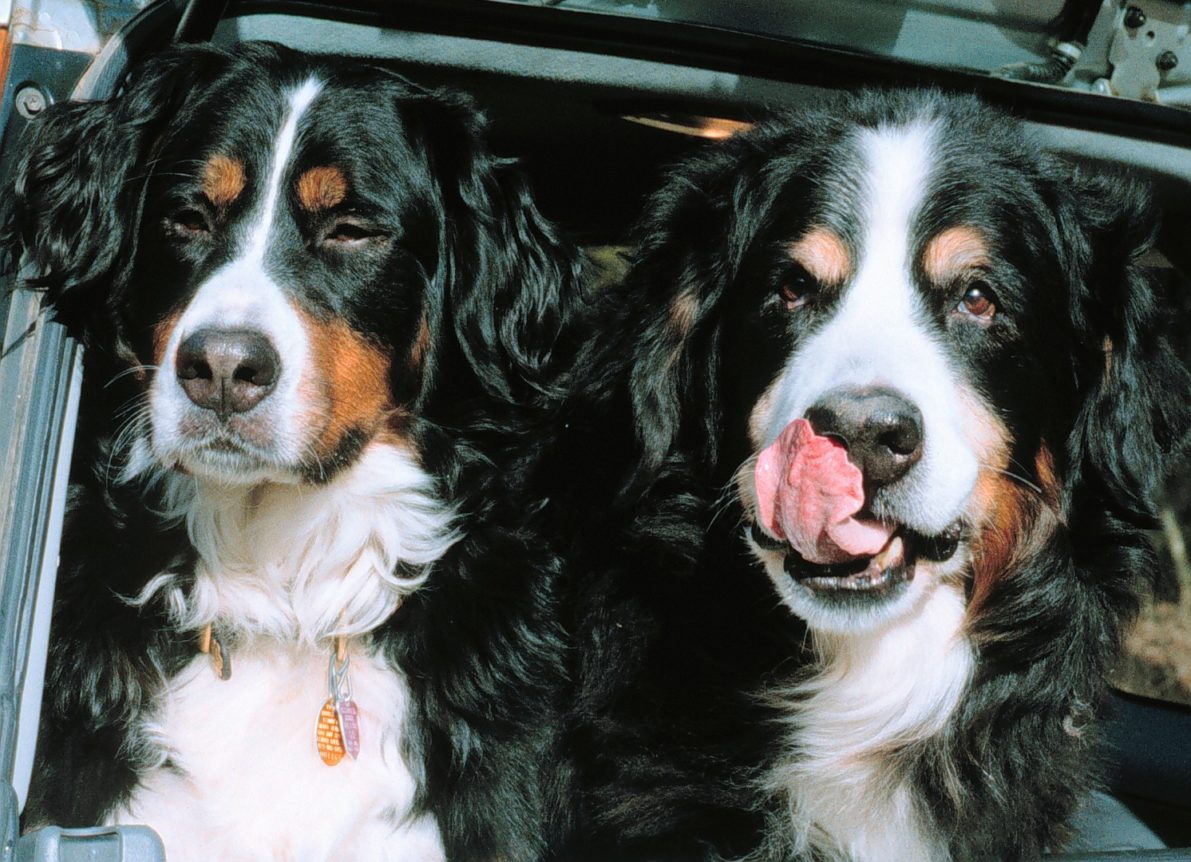 Also known as Bernese Mountain dog, Berner Sennenhund, Dürrbächler, and in French, Bouvier de Berne, this kind of Berner is a long-haired beauty with an exceptional feeling of devotion for the human being.

Unfortunately this magnificent breed is considered to have a very short life span of 6-8 years, one of the shortest of most large breeds (source: Wikipedia). My family was lucky. The four Berners they owned lived between nine and a half to twelve plus years.

Since this breed is the Female’s and Wolfman’s main canine passion—moi being an exception, probably due to my writing skills and laid back personality—I shall hereby give you an abbreviated history of this great dog. One of them might indeed have saved  my live by just being by my side.  The time when nobody wanted me and I was about to be put to sleep, I was  miraculously discovered among a bunch of pure-bread handsome border collies.

Having lost one of their two Bernese Mountain dogs, I got adopted by this artist-scientist couple. That was when I met my gentle giant brother Ziggy who was big enough for me to hide under his huge body when I had my worry, worry attacks.

The Bernese Mountain Dog breed was officially established in Switzerland in 1907. The American Kennel Club recognized the breed and classified it as a Working Dog, in 1937. Non of the dogs has made Best of Show yet at the Westminster dog show, though.

There are four breeds of Swiss mountain dogs, and their original breed names:

Three of them are recognized by the distinguished American Kennel Club. The one that hasn’t made it, so far, is the Appenzeller. It is of medium size, and features a cute curly tail. The Entlebucher did originate in the Entlebuch region of the canton of Lucerne. It’s stature is not far from mine, smallish, stocky, yet it has the same tricolored markings as have all these four beauties. Not that I’m ugly, I think—just different.

Like the other Sennenhunde, the Bernese Mountain Dog is a black dog with white and tan markings, but it is the only one with a silky, wavy long-haired coat. Can’t find a better smelling coat than that!

Next time you can read the stories of my family’s Berners, the four of them; or will there be five???

(The tales, or whereabouts, of Basquiat are the writings of Swiss-American artist Mignon Naegeli. Born in Lucerne, she moved to the United States with her husband and their cat Hector Samuel in 1978.
With many of her creations she pays tribute to artists she admires.
Her written words are for Basquiat, the family dog.)